Aussie Beekeeper, Chris Blamire, has added fuel to the debate on whether all beeswax candles are better, healthier and more sustainable than natural scented soy wax candles.

Mr Blamire said, “Natural and organic product lovers might be shocked if they knew the truth about many of the beeswax products available today. Even when the beeswax comes from my own chemical free organic hives, I’m still very cautious and careful about the quality of the wax.”

So what could be wrong with such an incredible wax made by the honey bee, one of the most amazing creatures on planet earth? Is this beekeeper a vegan, animal loving eco warrior who won’t use or consume anything produced from or by an animal out of principle? We asked him, this is what he said, “No, I’m not vegan but I do think there’s a lot to be said for a plant based diet. And I’m not an animal activist… But I love bees and they’re in trouble. And when the bees are in trouble, we are in trouble”.

What makes this story even more interesting is that Chris is not just an organic beekeeper… he also has a background in natural candles.

Chris went on to say, “It’s much easier for candle makers to go with public perception and offer unlimited numbers beeswax candles to their customers. There is a large number of beeswax loving customers in the market and they are often prepared to pay a premium so it’s good business. I produce beeswax from my own organic beehives but I don’t think we should take the wax unless it’s sustainable. In most cases taking excessive beeswax or using imported beeswax is not good for local bees. There are hidden health concerns natural product lovers aren’t aware of with a lot of the beeswax being offered and I’m not just talking about imported beeswax from China”.

At first, the thought of beeswax not being the perfect wax seemed to be more than far fetched. What could be a more natural and healthy candle than one made from beeswax?

The discussion that followed was eye opening to say the least. We discussed the use of chemicals inside of beehives, in particular the way many beekeepers use fipronil traps to control a very common beehive pest called the hive beetle. Fipronil is a broad based insecticide used on most household pests, from cockroaches to termites. In a beehive, this chemical is transferred to the wax by the feet of the beetle after passing through the trap.

Being a bit of a smart Alec, I proposed the solution of getting beeswax from chemical free beehives like his. Chris quickly shot that down, “chemical free beekeeping is much more difficult and you still don’t have 100% control”. Bees are visiting places that are getting sprayed. Spraying is happening on a small and large scale and can enter bee hives on the breeze too. Pesticides and toxins can also be transferred via what beekeepers call foundation. Foundation are thin beeswax sheets beekeepers use in the beehive frames to help give wax back to the bees and make their life easier. Wax foundation also guides the bees within a hive as to where it’s best to build comb. But the problem is… wax foundation is made by melting down the beeswax sold by large numbers of beekeepers so getting a 100% pure chemical free wax foundation is almost impossible.

For bees, wax production in the beehive is hard work. It takes 7 times the effort and resources to produce wax compared to honey. So when wax is taken it needs to be replaced. Sounds fine, that’s what bees do right? The problem is if a bee hive has to continually create lots of wax comb for its population and it is under stress that puts it at a higher risk of disease and colony collapse.

High quality beeswax is in very short supply in Australia which has lead to a new twist in the beeswax dilemma. People want beeswax and this growing demand has opened the door to imported beeswax from overseas and in particular China. There are calls to ban imported beeswax as it’s often laced with chemicals overseas beekeepers use to fight diseases not here in Australia yet like the Varroa Destructor Virus. Not only are there chemical and purity concerns, there are also serious integrity issues around wax supply too.

Earlier this year, the Australian Honey Bee Industry Council reported on their concerns about adulterated beeswax in their January 2018 newsletter, “AHBIC obtained some beeswax blocks, originating from Malaysia, being sold by a major hardware chain and arranged to have it analysed. It came back as 100% paraffin wax. AHBIC has advised the chain concerned and also passed the information onto the Australian Competition and Consumer Commission.”

Unfortunately their investigation didn’t end there. The newsletter went on to say, “There was also some beeswax foundation which originated from China. Analysis of this showed it to be 84.9% paraffin. The suppliers from China had been claiming that it was 100% beeswax but upon further enquiry and being fronted with the results admitted they do add paraffin, they say at 1 or 2%. The same batch was also analysed for chemical residues by a different person and the results came back with residues of chemicals that are used for varroa treatments.”

Mr Blamire insists that if you are not buying your beeswax directly from a reputable beekeeper you know and trust, you may not be getting what you pay for.

Getting back to beeswax in candles. Most beeswax is taken from the beehive as part of the honey extraction process. Mr Blamire believes we need to first give it back. He explained, “Taking beeswax for commercial use, given the trouble bees are in, is just not sustainable. For me, what’s happening right now just doesn’t feel right. The bees need our help, they give us so much and for that to continue we need to think more about how we can help them and think less about how we can take from them.”

The increasing demand and price, along with the reduced availability of quality beeswax means beekeepers are less likely to assist their beehives with foundation. Foundation is a sheet of beeswax fitted to a beehive frame to assist the bees and show them where to start building cells. Foundation is a great help to a bee colony provided the wax is of high quality. When the cost is high and availability is low, bee colonies don’t get the level of support through the use of foundation than they would otherwise get.

My perception of beeswax candles is now very different. What seemed like a good natural choice of candle for my health and home is now not so clear cut. The question and challenge remains… What’s best for the bees? Because what’s best for the bees is best for you, me and the generations to come. Something to think about.

Some responsible bee loving candle makers do offer beeswax in their natural candles when there is surplus stock available. Beeswax is most often blended with coconut wax and soy wax in an ongoing quest to create the perfect candle wax combination.

Things We Write About 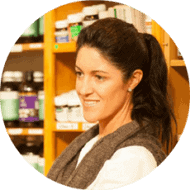 I have Lemon Canary candles scattered throughout my house, on different days I’ll burn Love, Meditate or Happy. As a Doctor and Naturopath it’s important to me that candles are non-toxic. I love that these are made from pure soy, organic essential oils and with the intention of love and healing. Divine.